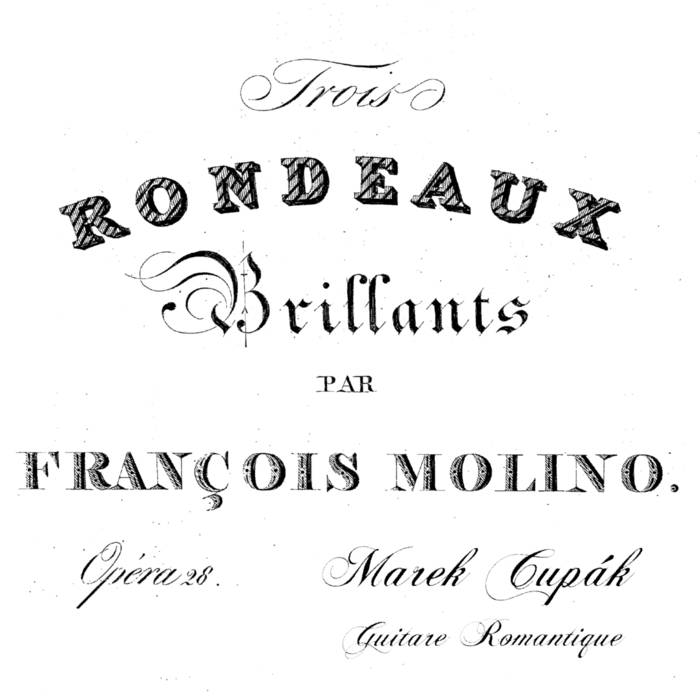 Francesco Molino (1775 - 1847) was an Italian guitarist of the early romantic period, born in Ivrea near Turin. He played violin, oboe and also was an orchestral conductor. In 1820 he moved to Paris, settled there, gave guitar lessons and had many works published.

The original title of op. 28 could be translated as "Three admirable and easily playable Rondos, composed for guitar by Francois Molino", which suggests mostly amateur guitarists of that period were his target group.

I found these compositions relatively technically easy and, despite of their originally non-concertant intention, very interesting. I transformed some of their simpler textures by adding a bit of complexity, so they will fit today's concert stage as well as they did Parisian households at the beginning of 19th century.

There are two bonus items waiting for you to download the album:
- sheet music of my transcriptions as they were recorded
- one extra track from Molino's cycle of themes with variations, op. 5

Just name your price! ...and enjoy the music.

Bandcamp Daily  your guide to the world of Bandcamp